With more than 30 combined scan engines, OPSWAT MetaDefender breaks the 99% mark when it comes to detecting cyber threats. The concept offers ISVs, IT administrators and security researchers optimal protection from new attacks as well as defence capabilities against attacks on certain antivirus programs.

“Since the partnership started, we were continually very happy with the IKARUS scan.engine”, Vinh Lam, OPSWAT´s Senior Software Engineer, sums up the six years of cooperation with IKARUS: “The integration was easy, we never had any escalation or critical issue.“

The company from San Francisco has extensive experience with various systems as they are operating more than 30 engines in parallel. “We are especially happy about the stability of the engine”, says Vinh Lam about the Austrian system: “It does not crash nor hang on samples, which is generally a challenge with other engines. This comes along with a good detection performance, including that the engine finds very less false positives.”

Updates of the IKARUS scan.engine are handled with greatest care. “Stability and performance are first priority to us”, says Gaspar Furtado, Head of Development at IKARUS: “We always assure that we only release sufficiently tested versions of highest quality. Thus, we successfully avert performance fluctuations.”

OPSWAT MetaDefender is the perfect product for analysing big data and for comparing different vendors, technologies and regions. Each technology has its particular strength and focus. Different anti-malware engines use different algorithms and approaches, and virus labs are located in different time zones and regions. MetaDefender makes it possible to combine various engines simultaneously on one system.

There is no 100% security. However, OPSWAT has experienced that detection rates increase combining several engines. Especially when it comes to new outbreaks, the time until detection is critical. Often, new samples are detected first by providers with geographical proximity to the malware source. Combining different engines from different regions will boost the probability of quickly detecting new threats.

IKARUS conquers America – and the rest of the world

Located in the centre of Europe, IKARUS Security Software offers professional malware protection for more than 35 years. ”We integrated the IKARUS scan.engine to our portfolio in 2014”, Tom Mullen, former project owner and now Vice President of Business Development at OPSWAT, remembers: “The cooperation was always very good. We appreciate quick consultations, no unnecessary bureaucracy, short communication channels and technicians that understand their business – partners like these make it easier and more fun to work!”

During the following months, customers kept subscribing for the IKARUS scan.engine additionally to their multiscanning package. “In 2015, we added IKARUS as a fixed component on our OPSWAT Metadefender 12”, says Tom Mullen.

“The international interest in our Scan Engine strengthens our development work and it shows, that even small teams can bring it to great success – and join the international market leaders”, proudly says Christian Fritz, COO at IKARUS Security Software: “Our success mirrors the technical skills of our developers and analysts as well as their determination and enthusiasm for their tasks.”

“Our development always kept in focus to build a fast system”, explains Gaspar Furtado: “By finding a solution where the engine can be scaled horizontally with any number of threads, we have overgrown our own expectations. Now we have one of the fastest antivirus system on the market.”

The IKARUS scan.engine is able to inspect samples in all container file types to any level of recursive depth. “Each file is disassembled and unpacked until it is completely examined”, the chief technician explains: “There are no technical limits, but users can define individual time limitations for scan processes per file.” It’s a profitable method: “IKARUS’ detection performance is very strong finding hidden malware in productivity files such as documents and images”, Vinh Lam confirms.

Besides, IKARUS shows an unbeatable performance on air-gap-systems. “Our detection rates remain unaltered even without internet connection. This is valid to all scans and execution including our self developed virtual environment which is part of the engine”, says Gaspar Furtado: “Due to the advantage, our SDK clients with air gaped systems often declare us unbeatable in detection performance which makes us very proud.”

For deeper insights into the features and methods of the IKARUS scan.engine, IKARUS offers regularely workshops, where developers discuss the latest updates and talk about different use cases.

Customer profile:
OPSWAT protects critical infrastructures. The focus is on threat prevention and process design for secure data transfer and safe device access. The result is productive systems that minimize risk of compromise.

Advantages of the IKARUS scan.engine

4. September 2020
“In the end, the decision was made, knowing that the comprehensive know-how of the internationally active group FireEye was combined with IKARUS as a regional partner for implementation and service.“ Christoph Pertl, IT Security Officer at ÖAMTC
END_OF_DOCUMENT_TOKEN_TO_BE_REPLACED
https://www.ikarussecurity.com/wp-content/uploads/2020/09/oeamtc-logo.jpeg 225 225 IKARUS https://www.ikarussecurity.com/wp-content/uploads/2020/10/IKARUS-logo-claim-300x78-2.png IKARUS2020-09-04 15:43:562021-04-06 13:15:47ÖAMTC – FireEye/IKARUS Security Software

21. April 2020
Helmut Neumayr, MSc, specialist in the area of information technology for the LSR NÖ, is convinced of the overall solution: “The total costs per school could be reduced despite the higher quality, while at the same time reducing complexity and improving support.“
END_OF_DOCUMENT_TOKEN_TO_BE_REPLACED
https://www.ikarussecurity.com/wp-content/uploads/2019/08/Bildungsdirektion_NOE_Logo_bd-3.png 144 391 IKARUS https://www.ikarussecurity.com/wp-content/uploads/2020/10/IKARUS-logo-claim-300x78-2.png IKARUS2020-04-21 14:22:352021-04-07 12:26:13Lower Austria Regional School Board 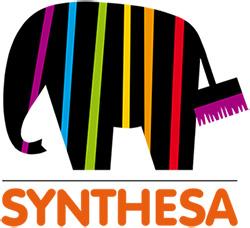 21. November 2019
“We decided to go with an Austrian partner not only because of their range of products and services but also because we were to get excellent value for money. And considering the duration of our business relationship, we obviously made a good choice!” Alfred Palkoska, Head of ICT at Synthesa Chemie
END_OF_DOCUMENT_TOKEN_TO_BE_REPLACED
https://www.ikarussecurity.com/wp-content/uploads/2019/08/Synthesa_Logo-250.jpg 228 250 IKARUS https://www.ikarussecurity.com/wp-content/uploads/2020/10/IKARUS-logo-claim-300x78-2.png IKARUS2019-11-21 14:10:132021-04-06 19:12:26Synthesa Chemie

21. October 2019
“Our most important criterion for email traffic was a reliable and proven sandbox solution that checks and filters all emails before they reach our mail server. “ Bernhard Posch, Head of IT at Egger Glas GmbH
END_OF_DOCUMENT_TOKEN_TO_BE_REPLACED
https://www.ikarussecurity.com/wp-content/uploads/2019/08/eggerglas-logo.png 132 191 IKARUS https://www.ikarussecurity.com/wp-content/uploads/2020/10/IKARUS-logo-claim-300x78-2.png IKARUS2019-10-21 10:52:552022-09-12 12:24:14Egger Glas Insulating and Safety Glass Production

20. December 2018
Andreas Puntigam, IT manager of the municipality of Bad Radkersburg, knows that an operational 24/7 support can only be achieved with reliable partners: "Externally, we rely on one partner for the entire server landscape, for example, as well as for the firewall." The municipality of Bad Radkersburg has been working with the leading Austrian provider IKARUS Security Software on the important issue of IT security since 2010.
END_OF_DOCUMENT_TOKEN_TO_BE_REPLACED
https://www.ikarussecurity.com/wp-content/uploads/2019/08/logo-bad_radkersburg_2019.png 166 200 IKARUS https://www.ikarussecurity.com/wp-content/uploads/2020/10/IKARUS-logo-claim-300x78-2.png IKARUS2018-12-20 20:23:062021-04-06 13:14:22Bad Radkersburg 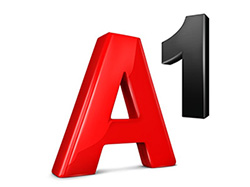 20. October 2018
“IKARUS Security Software provides high-quality security solutions which have been customized for our specific needs. The company staff are a group of highly trained and diligent experts which have an excellent communication style. They are punctual, responsive and highly skilled in terms of technical support which makes our day to day operations and interactions with our end customers much easier.” Thomas Schmidt, MBA MSc, A1 Security Services, A1 Telekom Austria AG
END_OF_DOCUMENT_TOKEN_TO_BE_REPLACED
https://www.ikarussecurity.com/wp-content/uploads/2019/08/a1rot-250.jpg 187 250 IKARUS https://www.ikarussecurity.com/wp-content/uploads/2020/10/IKARUS-logo-claim-300x78-2.png IKARUS2018-10-20 17:45:142021-06-23 17:07:44A1 Telekom